The Importance of Smoke Detectors 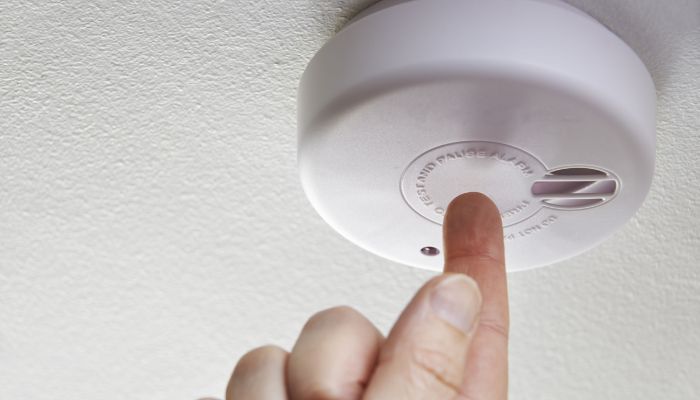 Smoke Detectors have saved thousands of lives and, though often ignored, are the most important appliance in your home. For this reason, modern building standards require smoke detectors throughout the home, and in Georgia residences, smoke detectors are required in every bedroom, hallway, garage, and basement.

Reduce Fire Risk in Your Home with Smoke Detectors

What happens when there is a fire in your home? Statistically you will be at home when fire breaks out and most likely asleep.

The fire will start with a common household activity (cooking, heating, lighting, etc.). A single flame, such as a candle, can turn into a full-fledged fire in 30-60 seconds. Temperatures in rooms adjacent to the fire will rise to hundreds of degrees before bursting into flames themselves. In five minutes, or less, one-half of your home is engulfed in flames.

The fire rapidly replaces oxygen in the house with carbon monoxide and causes you to become drowsy and disorientated. Pitch black burning smoke, the leading cause of fire-related injuries, quickly fills the house, spreading faster than the fire itself. Breathing this smoke instantly damages your lungs. Your obvious instinct is to escape but visibility is low.

At this point, many fire victims become lost in their own homes. Unable to see or think straight, they die within steps of an exit. Depending on where the fire starts and the rate at which the fire spreads, you’ll have 60-120 seconds to get yourself, children and pets out of the house.

Thankfully, for most readers this is only a hypothetical scenario, for thousands of others it’s an unfortunate reality. More than 2,000 people die in house fires throughout the United States each year according to the U.S. Fire Administration and the majority of these happen in homes without smoke detection. The reason is, without smoke detectors to warn about a fire, there is little or no time to escape.

The most important safety feature of modern smoke detectors is their ability to link to each other. Linked smoked detectors all sound together when one smoke detector senses smoke. This means a fire down in the basement or out in the garage will sound the smoke alarms in all of the bedrooms upstairs or on the other side of the house. Many homes were built before this method became standard and have only stand-alone battery-powered smoke detectors if any at all. Unfortunately, a smoke detector is only effective if someone hears it. A smoke detector sounding in the basement doesn’t do any good for a person sleeping on the second floor.

In 2007, a deadly John’s Creek fire took the lives of a Fulton County firefighter and a homeowner. News outlets report that the fire may have started from candles on the back porch and then spread to the rest of the house. The homeowners woke after hearing their dog barking but only one homeowner was able to escape in the thick smoke. Their house was built before modern smoke detector standards were put in place and no mention was made of working smoke detectors or their locations.

Every homeowner should take a few minutes each year to check their smoke detector systems.

Are your smoke detectors linked?

Given these facts, test your smoke detectors. Check the batteries and use the test button. Make sure you have a smoke detector in every bedroom, hallway, garage and mechanical room.

Your Home. Reduce your repair costs and extend the life of your equipment with a HomeCare Preventative Maintenance Plan from TE Certified. Learn More
Call 770-667-6937 or Request Appointment Online
Book Now
Book Now
Call to Schedule